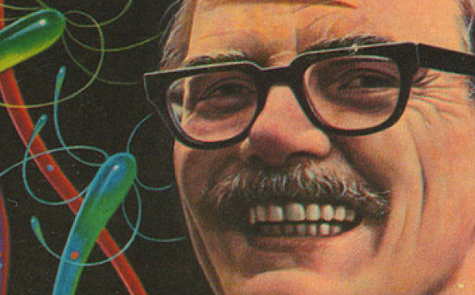 What an execrable finale to the Heechee quartet.

The worst part of Pohl’s Heechee series is that there’s more than one book. Gateway (1977) is one of the finest sci-fi novels of the 20th century, bristling with creativity the childish sense of wonder. Beyond the Blue Event Horizon (1980), Heechee Rendezvous, and Annals of the Heechee (1987), on the other hand, utterly fail to live up to the original novel; they fail to even understand what made Gateway so dang good in the first place, making me hate them all the more, and hate that I felt obligated to push through the continuing, bland, repetitive, illogical adventures of Robinette Broadhead, S. Ya, and their obnoxious AI, Albert Einstein.

They nearly ruin the original Hugo- and Nebula-winning masterpiece, and this fourth, closing adventure is the worst of them.

Annals of the Heechee has an unusual structure: It’s once again from the perspective of Robin, the anti-hero bum-slash-billionaire of the earlier books, who’s long-dead and living as an AI construct inside future computers. He loves to talk about this fact, and spends pages upon pages repeating how being an AI is far better than being a ‘meat’ person. His digressive arguments and debates with his long-time AI pal, Albert Einstein, are excruciating boring, adding nothing at all to the plot — and yet the naive philosophizing on the natures of the universe from these two make up the bulk of the book. Between these pages-long rants, we get a few adventures following a rag-tag group of outsider kids (including a Heechee child!), and their story is the singular highlight.

These kids feel real, and if the whole story followed them as more of a cynical YA outing, there could have been another great novel here — but it doesn’t, and their story is a fraction of the pagecount. It ends abruptly and unsatisfyingly with a deus ex machina before we revert focus back to the cyberspace of Robinette and Albert. The kids are never heard from again: Their story has no real resolution once their story intersects with Robin.

Stick with Gateway and pretend the story ends there. It’s a standalone adventure, with every positive perfectly holding its parabolic arc together. The three sequels drop the singularity of the original to form a new trilogy held together by obnoxious cliffhangers that push you to keep going; a trilogy that parts the curtains on every mystery Gateway won us over with. All the truths of the Heechee and the galaxy are played out in a really unsatisfying, overt way, leaving nothing to the imagination.

When I stumbled upon Gateway for the first time, I thought I had found myself a new best friend, a secret window into the real quality lurking in classic sci-fi — the sort of sci-fi that should be dating itself by its 20th-century trappings and pseudoscience at this point — but I was disappointed to see I was wrong, and the author barely seemed to understand his own work. Read Gateway. Now. But don’t even think about picking up its sequels.