I recently read Neil Gaiman’s Norse Mythology — not a particularly challenging or highbrow book, but ultimately an enjoyable one that seems to have set a new standard for re-tellings of mythology.

The book is simply a re-telling of the Norsemen myths, sourced from the 13th century Prose Edda and Poetic Edda. If you’re like me and you’ve read Good Omens and American Gods, you might expect Norse Mythology to have a modest dose of English humor injected throughout. A quarter through the book, I was disappointed to find that it was, to the contrary, devoid of Neil’s characteristic writing style.

It seems as if Neil deliberately quelled any impulses to leave a trace of his footprints in this work, instead delivering a series of tales that speak for themselves. I’m sure that an appreciable amount of labor went into curating and re-writing the tales from the Eddas — Neil himself reports to have spent years studying them for this work — and while the stories do almost always ring with their own intrinsic humor and ridiculousness, I felt it could have benefited from a thin gloss coating of the author’s personality.

One can however imagine that Neil was simply showing respect to the myths, and that his goal was to make the mythology of the North Germanic peoples more accessible and digestible: and at this, he succeeds. Overall however I would regard the book’s content as great but its style merely good.

Nine months later in 2017, Stephen Fry published Mythos, which I’m currently reading. As an accessible retelling of the Greek myths, it is also succeeding — but has the marked advantage of a modest dose of Stephen Fry’s stylistic humor. While the tales themselves are individually entertaining enough, his humor serves as an incentive to pound through the many dozens of them the book contains.

I hope this trend of simplifying ancient mythology — to an extent suitable for adult readers — continues, as I’m very much more likely to seek one out covering, for example, Hindu mythology, than to grind through the classic Vedic literature and epics. Dear writers: thank you for working with, and not against, my laziness. 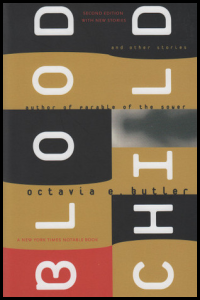 Bloodchild and Other Stories was my introduction to Butler’s writing, and it reflects a masterful (and masterfully-thoughtful) writer. This collection features every short story — and two essays — that Octavia Butler wrote between 1971 and 2003. At just over 200 pages, it’s not many, and she herself admits to not being a writer or fan of short stories in her comments.

END_OF_DOCUMENT_TOKEN_TO_BE_REPLACED

Why hadn’t I heard of Yuri Kageyama before? She’s been quietly publishing poetry, essays, and short stories for over 30 years. Her style ranges between transgressive and journalistic, channeling similar frustrations as writers like Kathy Acker, but with a style devoid of flourish or absurdity. She’s published in journals and magazines, and had her one and only poetry collection, Peeling, published by her close friend and fellow author, Ishmael Reed, in 1988. The New and Selected Yuri, published in 2011, contains 41 short works of poetry and prose dating from 1978 to 2011. It contains short stories, essays, anecdotes, conversations, cultural explanations, and a wealth of poems.

END_OF_DOCUMENT_TOKEN_TO_BE_REPLACED

Hunger Makes Me a Modern Girl is a memoir of Sleater-Kinney; of punk, riot grrl, and a young musician’s finding her identity. This isn’t the story Portlandia, but of a time and place that fostered a style of music and the messages that music imparted. Before the Internet coalesced our interests and cultural identities, being a musician or a fan of music meant being a fan of regions. This is a memoir about growing up in a music culture simultaneously inclusive and exclusive, about breaking the barriers of what it meant to be a — imagine a nebulously pejorative-but-well-intentioned tone — ‘female musician’ rather than simply a musician.

END_OF_DOCUMENT_TOKEN_TO_BE_REPLACED 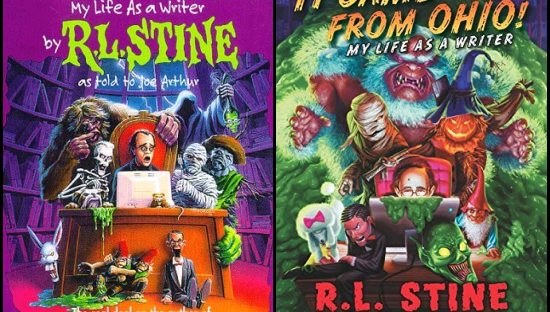 R.L. Stine’s life has not been very exciting, but I think that’s something to appreciate. He’s lived a very normal life up to a point. He’s always been a writer, and that’s all he’s ever tried to be. He grew up drawing his own humor magazines and recording mock radio shows with his childhood friends; later, he wrote for Ohio State University’s Sundial and did plenty of gutter-work (like writing exclusively about soda…). Eventually, he was offered a lucky job with Scholastic and his life was set.

He’s also proud to have been an at-home dad, which is pretty awesome.

END_OF_DOCUMENT_TOKEN_TO_BE_REPLACED

Part philosophical treatise, part peer-reviewed literature review, Sam Harris dispels the illusion of free will in a mere 13,000 words. The determinism proposed by the New Atheist movement has been in and out of vogue for centuries, depending, in the moment, on the reigning scientific and philosophical paradigms. Harris’ writing adds to the discussion (and perhaps not-so-gently placing the penultimate nail in the coffin) by citing recent neuroscience research to support his philosophical argument. It turns out our brains are unsurprisingly predictable — our decisions even measurable.

END_OF_DOCUMENT_TOKEN_TO_BE_REPLACED 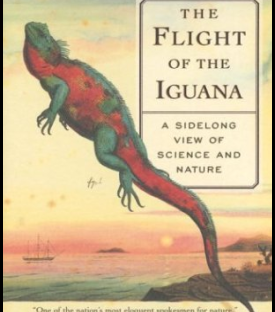 The Flight of the Iguana is a fantastic collection of 29 essays, written by David Quammen for Outside magazine between 1984 and 1987. Some of them are, at this point, dated by modern research, but Quammen is a fantastic natural science writer, whose skill at presenting complex ecological concepts to layreaders is perhaps paralleled by only John McPhee, Rachel Carson, or Robert Sapolsky.

END_OF_DOCUMENT_TOKEN_TO_BE_REPLACED

If you’re ever fumbling around with data in R, you’re probably familiar with the built-in, unattractive graphics. ggplot2’s been increasingly recognized as a necessity for getting the most out of your imagery. It offers nearly complete control over your graphics output, building them layer by layer.

I spent a solid year learning and exploring R as a graduate student before I cracked open Winston Chang’s R Graphics Cookbook and started learning ggplot2’s little oddities. ggplot2 is itself almost like another language within R, but it’s thankfully a very simple language — far more simple and far more flexible, I feel, than the built-in graphics options.

END_OF_DOCUMENT_TOKEN_TO_BE_REPLACED

With how widespread Thích Nhất Hạnh’s name is in the new age world, I completely misunderstood who he was and what he taught. Hanh’s Miracle of Mindfulness is a series of translated letters from 1968 — written while exiled from Vietnam — instructing young monks overseas on meditation. His ‘mindfulness’ isn’t the confusing buzzword it is today, but simply a way to inch towards the Buddhist idea of enlightenment.

I expected scam artistry akin to Eckhart Tolle or Deepak Chopra, not legitimate Buddhist teachings. There’s still a few lines of woo-woo that don’t mean anything (to me, at least), but the majority of Hanh’s Buddhist ideas reject the nonsense of religious text and simply want the the reader to be self-aware: Recognize their emotions and the emotions of others; the causes of social strife and personal discomfort; the is-ness of all things.

END_OF_DOCUMENT_TOKEN_TO_BE_REPLACED

Any coverage of civilian life in North Korea will be fascinating, and Guy Delisle’s Pyongyang: A Journey in North Korea doesn’t challenge those expectations. Delisle worked as an animator for 2 months in Pyongyang, and his experience during those two months doesn’t say anything new or particularly exciting compared to other literature or documentaries out there, but it’s still an engaging format and an engaging experience.

Pyongyang’s a shell of a city, where everyone’s role is to keep up appearances: Make the city and the country look prosperous and content and happy. It’s all very blatantly Nineteen Eighty-Four.